Listen to my Podcast below or Anchor.fm or Spotify

What is Twitter Blue and what does it do?

Twitter Blue is a paid membership service that gives you unique capabilities for a monthly charge. On Twitter, people frequently debate about which features the site should have, and some of the most popular demands have been implemented into the premium version.

The most visible of these features is undoubtedly the Undo Tweet button, which isn't really a tweet edit tool as many had asked for, but it does provide a means to swiftly correct a tweet.

Here's a quick summary of what comes with a Twitter Blue subscription:

Twitter Blue is a $3 monthly subscription that includes extra features such as an undo button and ad-free news items.

For the time being, Twitter Blue has a rather limited collection of extra features aimed at users who spend the most time on the platform. This category comprises "verified longtime Twitter users," "news lovers," and other "super tweeters," according to Twitter's Sara Beukpour. To put it another way, the 25% of Twitter users who send 97 percent of all tweets.

And after a month of using Twitter Blue, I'm not convinced it's worth $3 per month for most people. The features are mainly beneficial, but it's a pain that they don't always work the same way throughout Twitter's app and website. But there are undeniably valuable features, and I'm interested to see what "premium Twitter" will bring next. But for now, take a peek at what $3 can get you.

I signed up for Twitter Blue on my playground account where you can find my original artwork, games, apps and more. Here is what it looks like to a subscription member! 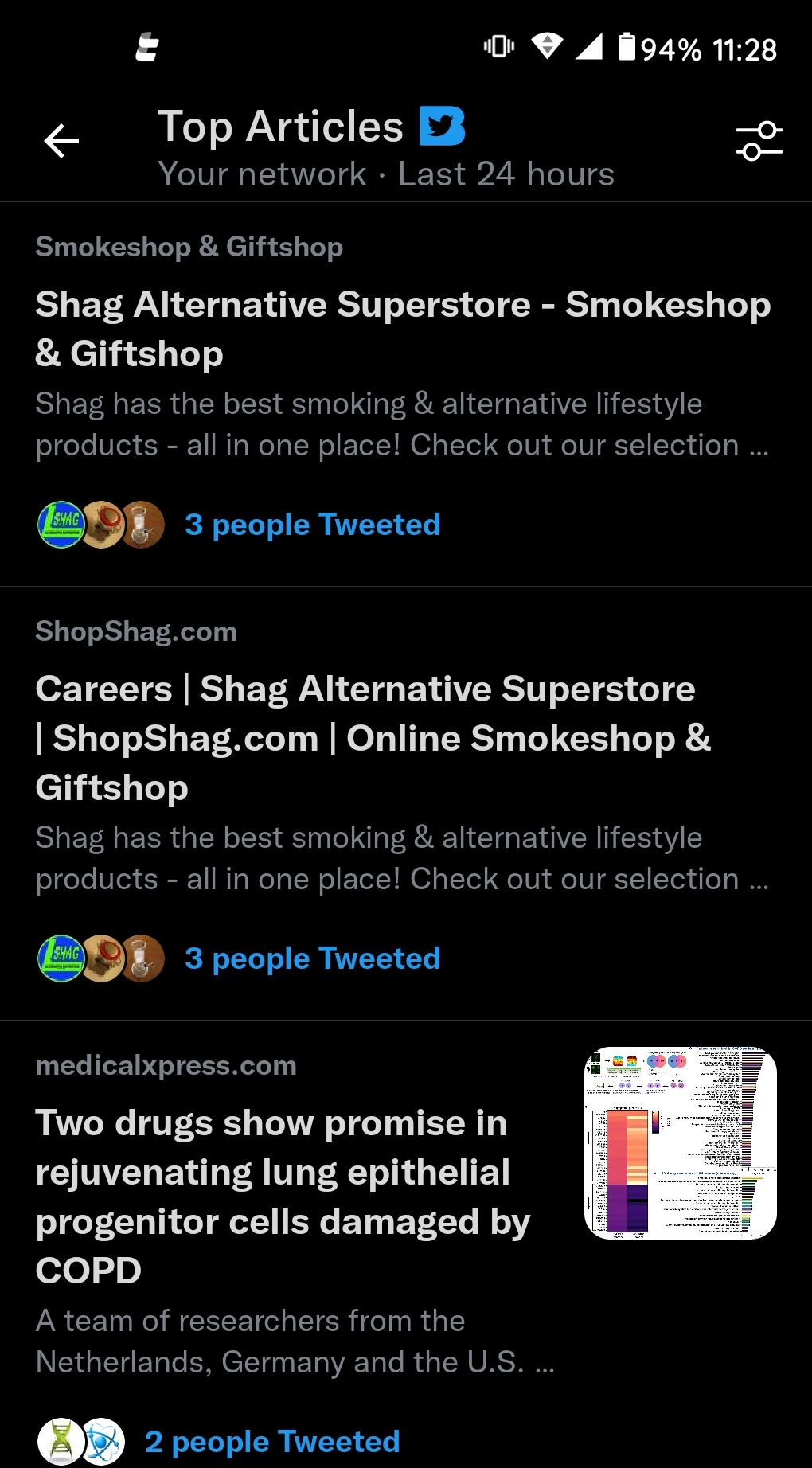 Tweets that can be 'undone'

The "undo" button has received the most attention of all the features in Twitter Blue. We're unlikely to see a genuine edit button on Twitter, so this is the most we can hope for. This function alone might be worth the subscription if you're prone to mistakes or tweeting-and-then-immediately-regretting. I say "might" since the "undo" feature can be perplexing and doesn't always perform as expected.

It's expected to behave similarly to Gmail's "undo send" function. You'll have a few seconds after hitting "send" to read the tweet you just sent, but it hasn't been published yet. You can hit "undo" to return to the tweet in the compose screen if you change your mind for whatever reason. You can customize the length of this window — it may be anything from 5 seconds to a full 60 seconds — and you can always choose to send it before it expires with an extra click.

However, erasing a tweet on Twitter's app and website doesn't always function the same way. You may undo practically any form of tweet on Twitter's app, including original tweets (tweets posted from the main compose window), replies, threads, quote tweets, and polls. Basically, you can "undo" practically every tweet you've sent from anywhere in the program. However, on Twitter.com, the undo tool only applies to original tweets and responses, not quote tweets or threads. Unless you just tweet from your phone, this means you'll have to keep track of which tweets are editable and undoable. A typo-filled tweet can be corrected, but an ill-advised quote tweet is irreversible.

There's also the problem that reversing a tweet can take several steps. The default configuration in the Twitter app is that after you press the tweet button, the first thing you see is your tweet and a "undo" button. Even if you only have a short undo "window," this provides you plenty of time to go over everything again. However, you can only undo on Twitter's website by looking for a "view tweet" window at the bottom of the page, then browsing to the page with your tweet and the undo button.

When "view tweet" doesn't show, the only way to get to the "undo" is to go to your profile and search for the pending tweet on your timeline. This is not just a perplexing extra step, but it also makes it more difficult to use the undo button at all. Is it still necessary to have it? I suppose it brought me more anxiety than not having it at all, but the unpredictability of it gave me more anxiety.

The reader mode is undoubtedly Twitter Blue's most underappreciated feature, and it's the one I'd say would be most valuable for everyone on the site, not just those willing to pay. Long threads are converted into a much more legible stream of text, similar to how a browser's reader view works.

Long threads are tough to read. Long threads are frequently broken short on Twitter since the site was never meant for essay-length tweet storms. Reader mode is a simple but effective solution that I can't believe took them so long to develop. It's much better when used in conjunction with another recent addition: bookmark folders.

News without advertisements and a list of "top articles"

The "top articles" feature is my favorite Twitter Blue feature. The tool displays a list of all of your Twitter network's most-shared news articles over the previous 24 hours.

If that seems similar, it's because the feature is an homage to Nuzzel, a once-independent news app that built streams of items based on what people you follow on Twitter were sharing. When Twitter acquired Scroll, the news firm that had previously purchased Nuzzel, the original app was shut down.

While "Top Articles" doesn't have all of the features that Nuzzel used to have, it's plenty to satisfy previous Nuzzel users (a group that seems to be almost entirely made up of journalists as far as I can tell). Top Articles is valuable even if you've never used Nuzzel. It provides you with a fast summary of what your followers are reading and tweeting about. You may just just use it to figure out who the day's primary character is.

Another important aspect of Twitter Blue is ad-free news articles, which are powered by Twitter's acquisition of Scroll. Scroll (and now Twitter) partnered with hundreds of news organizations to provide ad-free browsing in exchange for a percentage of users' subscription payments. Twitter also allows users to see how much of their personal browsing has been routed to such publishers. It's a fascinating notion that earned Scroll a lot of acclaim before Twitter bought it.

It's also the feature of Twitter Blue that interests me the most. It can feel a little disjointed as it is currently. While removing advertisements is wonderful, it doesn't give you access to paywalled content, so seeing a "ad-free with Twitter Blue" banner only to be met with a barrier might be unsettling. However, Twitter has signaled that it may pursue new ways to access paywalled content in the future — and a note in the app states paywall access isn't included "right now" — so there's reason to believe that this will change in the future.

In recent years, Twitter has become considerably more open about the features it tests. The corporation has a separate beta version of the app that it used to test new features. Although that app is no longer available, Twitter Blue's "labs" feature seems similar to it in certain ways. Before choosing whether or not to make any experimental features available to the general public, the firm aims to make them available to Twitter Blue subscribers first.

For the time being, this category only includes two features: the option to pin select chats to the top of your DM inbox and the ability to post movies up to 10 minutes long (these longer videos are not entirely new, but accounts had to be approved by Twitter in order to have access to the feature). I like having the choice to do both, even if I haven't utilized either and doubt that most others will.

Finally, Twitter Blue allows you to make minor changes to the appearance and feel of the Twitter program. You can, for example, alter the app icon or select a new color theme (the "theme" only affects minor details such as the color of the tweet composer and the dot that shows when a new notification arrives). You may also change the shortcuts in the app's navigation bar at the bottom, which is very nice (especially if you want to, say, banish the Spaces Tab). But, once again, they are minor features that I doubt many people will bother to alter.

While Twitter hasn't said how many people have signed up for Twitter Blue, according to data from analytics firm Sensor Tower, the app has made roughly $180,000 since it initially launched the service this summer. Although this isn't a large sum of money for Twitter, it does indicate that there are a sizable number of people eager to give it a shot (and the service is still only available in four countries).

Twitter Blue raises important questions about how the company will prioritize new services on a larger scale. While the business has stated that a free version of Twitter would always be available, it's easy to envision that the most exciting and useful developments will eventually be locked behind a membership. It still stings a little to watch Twitter provide the kinds of services longstanding users have long wished for, just to limit them to those willing to pay.